Quickly, what are the top 3 liked sketches that I drew for last Sunday’s “What Shall I Draw Today?”
A lot of powerful women. 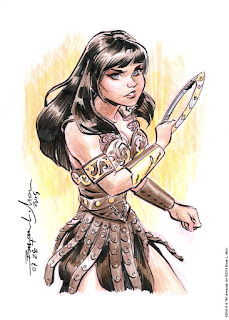 I like to kick off “What Shall I Draw Today?” with one of the single character suggestions. Frankly, of the nine singles character suggestions, “Xena” was the simplest one, only requiring that I find a good piece of visual reference, and that suited me just fine for the first piece.

I watched the series, Xena: Warrior Princess (1995-2001) starring Lucy Lawless when it had originally been syndicated. I remember the Sam Raimi co-created series to be entertaining and engaging. So much so, that in 2017 to brace myself should the Gal Gadot lead movie disappoint, I had thought, “Well, you had Xena.”

The character had several costume variations since having been introduced in Hercules: The Legendary Journeys (1995-1999) through its own final season, but I wanted to draw what could be considered the most iconic, “standard” costume. 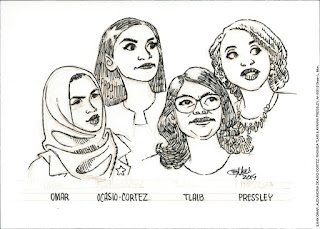 One suggestion requested a “caricaturable political figure” further suggesting President Trump. A second suggestion requested “any of the female members of Congress recently called out to go back to their country.” The combining of suggestions was for plain expediency, since a majority of the suggestions involved multiple characters, and taking those one would surely minimize the number of sketches I could complete in the allotted eight-hours.

I felt that depicting the four Congress women, sometimes referred to by the nickname “The Squad,” was more deserved than selecting a representative individual. Featured from left to right are Ilhan Omar, Alexandria Ocasio-Cortez, Rashida Tlaib and Ayanna Pressley.

I attempted a caricature style inspired by the work of Al Hirschfeld. The results aren’t 100% Hirschfeld. I’d probably need another two passes to better hit that high mark. In the way that Hirschfeld hides his daughter’s name, “Nina” in his drawings, I inserted these four words, “faith,” “freedom,” “representation” and “opportunity.” They’re not exactly the “Four Freedoms” described by President Franklin D. Roosevelt, but along the same thoughts. I also drew five-pointed stars on all four as another shared, patriotic motif. 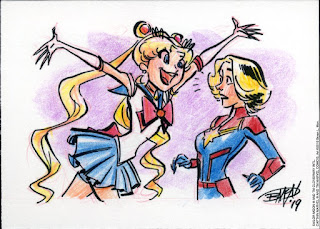 With “meet-up” suggestions, there is an inherent expectancy to illustrate a clash of personalities.  Such story telling is difficult when I’m not familiar with either of the listed characters. I was/am opening title (i.e. surface) familiar with Sailor Moon. My impression of Captain Marvel in the 2019 movie and the MCU is a flat bravado.

Based on that little information, a bubbly Sailor Moon excitedly greets famed galactic hero, Captain Marvel, who while surprised, still chooses, for unknown reasons, not to instantly blast the young woman.

Here are the remaining 4 of the 7 sketches: 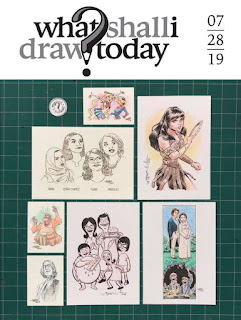 All original art to be available for sale at my next convention - CTN Expo in November.

The next WSIDT is re-scheduled for Sunday, August 18.

What Shall I Draw July 28th? 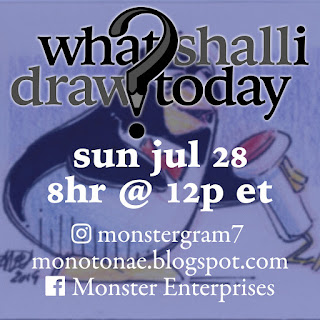 Starting now and through Sunday, July 28th, I’m accepting suggestions for things to draw in a dedicated 8-hour session that I call What Shall I Draw Today? a.k.a. WSIDT.

The hopper of past suggestions will be emptied, so that new ones will be exclusively viable for the Sunday session. However, if you’ve pitched an idea before, you can simply do so again. Post your suggestions at any of the following social media spots where you find the above prompting image.


The session will be followed up as late as Tuesday here with the top 3 liked drawn pieces with some Behind-the-Sketch tales.

Email ThisBlogThis!Share to TwitterShare to FacebookShare to Pinterest
Labels: Disney, Pixar, Toy Story, What Shall I Draw Today, Wheezy 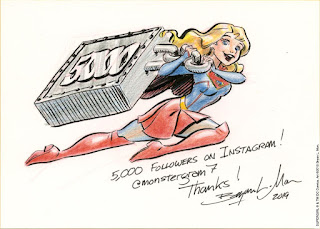 The apparent math here is that the more I draw and share on Instagram, then the more followers I get. I’m sure that there are other factors involved, but other than my winter, spring and summer sessions of What Shall I Draw Today?, that’s all I do.

About two-weeks ago, my Instagram feed, @monstergram7, surpassed the 5,000 followers milestone. In honor of the event, and it being a nice round number, I video recorded a three-part drawing demonstration of the above Supergirl art. If you’re curious of my process and have 36-minutes, then you can watch the magic happen at normal speed.

I recommend that you turn off the audio. I don’t speak during the videos and I’m probably breathing too close to the microphone. 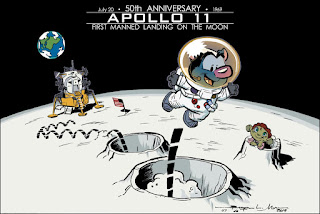 Ev’rybody’s Got a Laughing Place 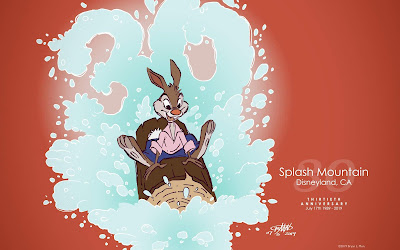 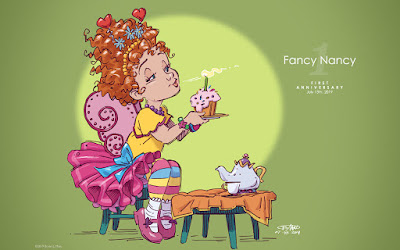