Heroes on My Mind 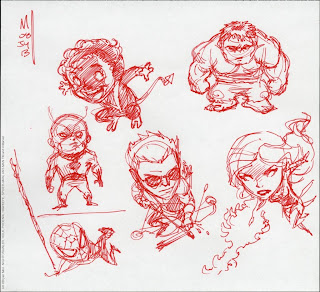 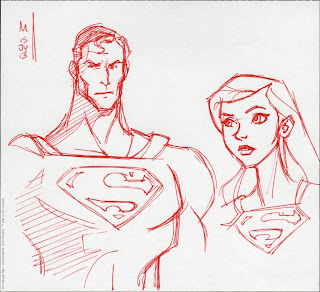 Here are some recent super hero themed sketched - you know, what with the San Diego Comic Con fervor and all.

The Superman and Supergirl sketch was done following the weekend I watched the DVD movie “Superman: Unbound” (2013), the one based on the Brainiac arc by Goeff Johns and  Gary Frank. The storyline was solid enough. However, my enjoyment of the story was hampered by the distraction of the frequently poor draftmanship of the elongated character designs and other odd choices in art direction. In effect, the sketch is my 10 minute response.

This year, Superman is celebrating his 75th anniversary (DC Comics). In recognition of this event, I composed this piece and submitted it for publication to the souvenir book that San Diego Comic Con International issues (happening this week).

Per my training in commercial art and consumer products illustration, I drew and inked the base art on  27.9 x 43.2 cm (11 x 17 inches) board. This layout was done knowing that I would be cropping in tightly for the finished piece. Meaning, there wasn’t any more of the Metroplois sky line planned than three generic buildings and the Daily Planet.

Not having fully accepted the his modern uniform design (Jim Lee), I feature the hero in his classic uniform design. Anyways, for argument sake, that’s kind of more appropriate for the anniversary.

It is perhaps very evident that my idea of what he looks like is how Neal Adams drew him in the 1970’s - it certainly became evident to me, at least, after finishing the pencil stage. The thought did occur that I should try to draw Superman with the features of Christopher Reeves as Gary Frank has done on his run. Expedience, more than any thing else, made me move forward with the drawing I had.

By the way, the piece was in fact selected along with many others to be in the souvenir book. 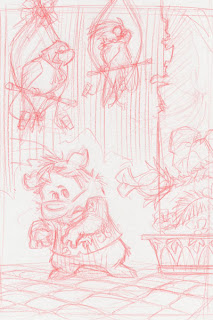 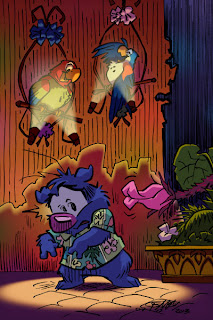 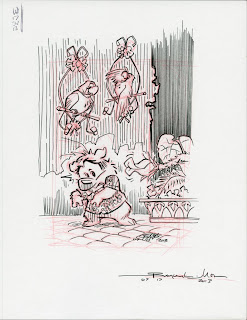 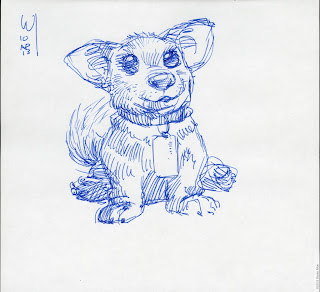 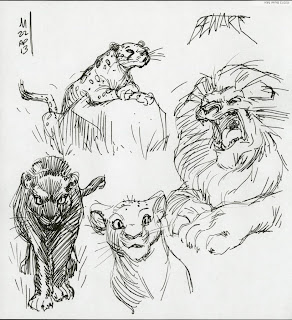 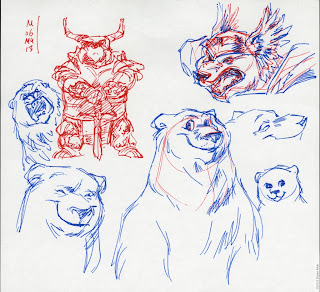 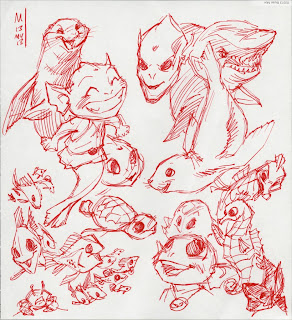 Here are some recent sketches, all ink pen on paper.