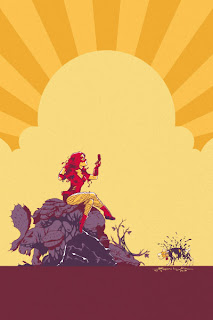 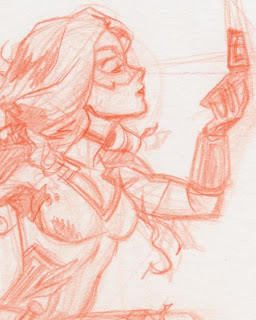 Detail of pencil art for illustration. 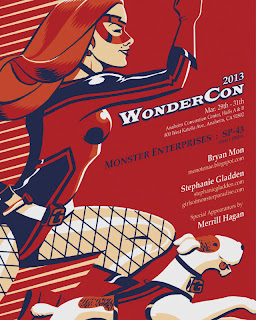 This year at the Monster Enterprises table in the small press area of WonderCon:

Me (Bryan Mon) with issues No. 1 and 2 of Unstoppable Tuff-Girl, some sketch book, prints and scratching out some commission sketches. 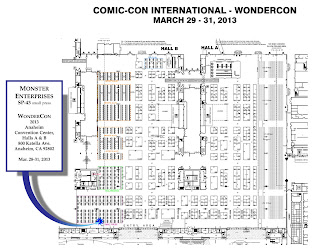 MegaCon, Orlando, FL, Mar. 15-17, 2013 — The Con was fabulous. As I begin my third year of hitting various comic book conventions to promote my book, “Unstoppable Tuff-Girl”, I am still learning things.

Second, one of the highest values of a con is experiencing/ seeing/ buying things that you wouldn’t elsewhere. Case is point, these sketch cards featuring mash-ups of Disney’s “Fab Five” and the founding members of Marvel’s Avengers. Of course, with Disney’s acquisition of Marvel’s stable of super-hero character last year, it’s only a matter of time before this stuff officially flood theme park shelves.

Meet Me at MegaCon 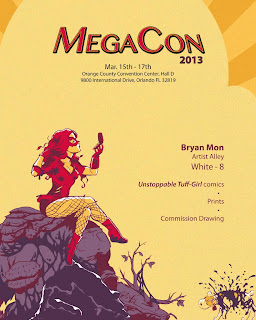 If you're in Orlando, FL this coming weekend and are in the mood for a comics binge, stop by artist alley and say, “hi.” 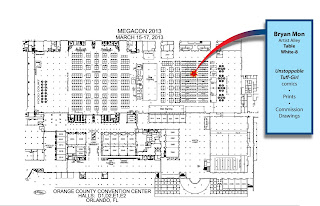 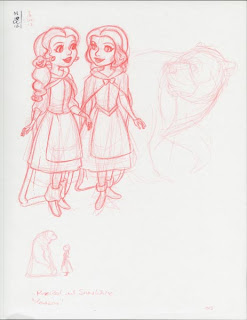 Something inspired by story in the Grimm Brothers’ book of fairy tales.